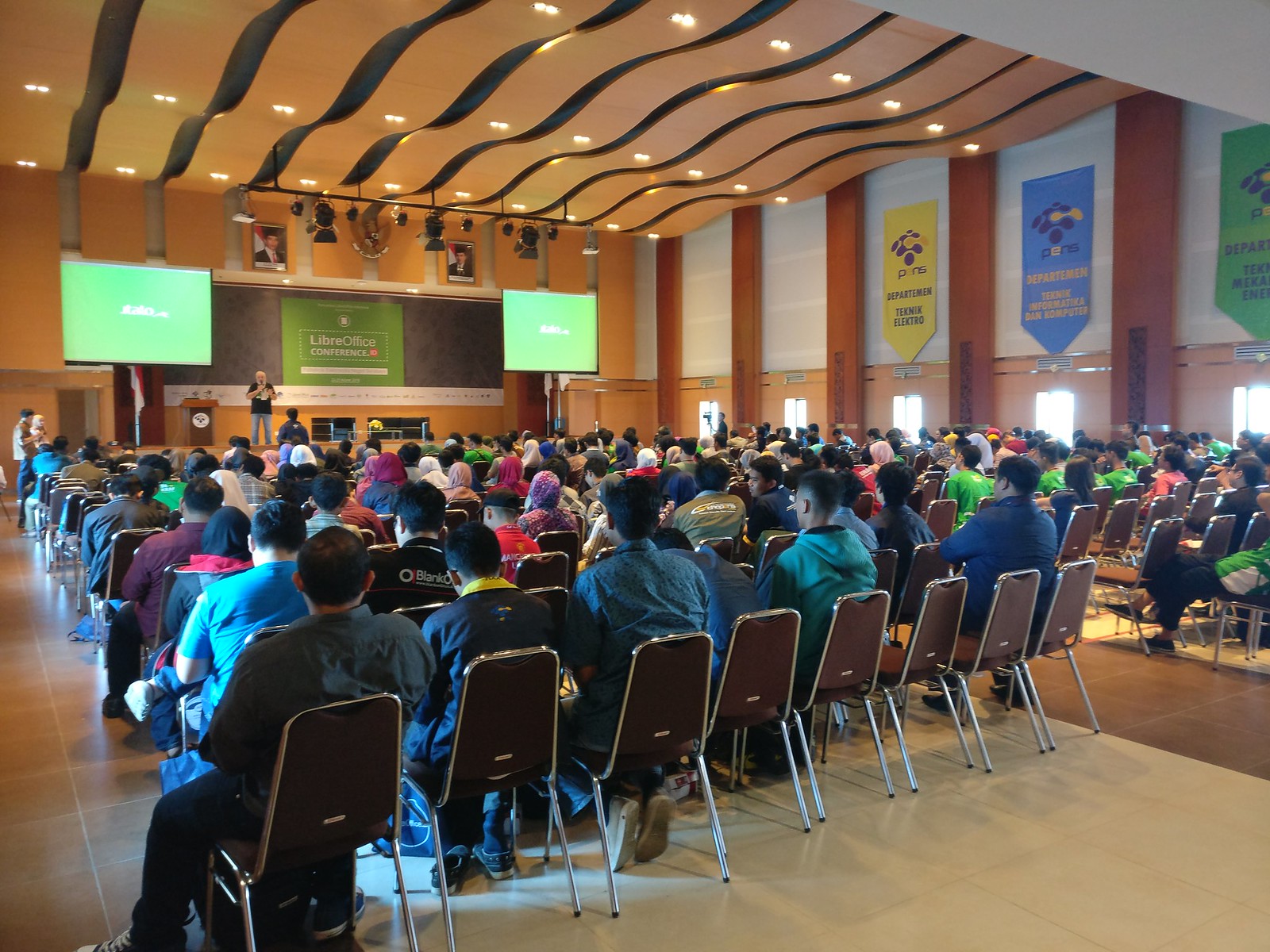 It was a perfectly fine morning when I arrived in Pasar Turi station in Surabaya. For me, Surabaya leaves a special mark for the last 3 years. It even feels more familiar than Bandung or Jogja for me personally.

So by the time I knew that LibreOffice Conference Indonesia will be held in Surabaya in March this year, I knew that I should come. Having a great experience on GNOME Asia Summit last year, I think LibreOffice Conference Indonesia 2018 (LOCIndonesia 2018) will be a great chance for me to connect with the other Open Source enthusiast. And I was totally right. It’s been amazing to see how solid the local OS community here and how they took pride in becoming host for an international conference like this. I believe PENS committee and KLAS (and the rest of the LibreOffice Indonesia Community) have been working tirelessly to organize the event. So I really want to dedicate a special spot just to appreciate them.

I’ve been really lucky that my proposed talk was accepted. I was just basically sharing my own contribution story and providing tips from my own experience for those people who are just about to starting out their contribution.

On the QA session, a girl asked me about how to overcome the challenges that I faced as a female contributor. At first, I thought I never have any huge hurdle as a female OS contributor this whole time. Probably, due to the fact that I’m thinking like a man and behave like a woman. But I realize it’s not everyone’s nature. And I know sometimes it’s hard for the other women to raise their hand when the society expect them to be compliant. And I know most of the other women in tech industry needs to work harder to get recognized. So I really (again want to) appreciate the organizers who are being so thoughtful to put most of the female speakers on the main hall. I agree that we need to be heard by more people.

Most of the talks that I attended were about people’s contribution story on OS project and how they make use of LibreOffice on their everyday lives. I missed some of the early keynotes due to the fact that I always arrived at around 10am. But surely, I didn’t missed the last panel session by The Document Foundation which being moderated by the one and only, mas Haris (I know several Harises from the Open Source communtity. I think it’s a pattern). It’s really resonate with me when Franklin Weng said that we don’t need to force people to switch. We are not against the other propietary software. We’re just providing another option so the user have more choice. Let’s just strive to use the open standard. Standard that is worked well in any other software.

And last but not least, I really want to thank everyone for the amazing talks, the discussions, the swag, the food, and the inspiring and totally fun weekend! I’m sure we’ll have more chance to meet again in the near future. So see y’all! (: 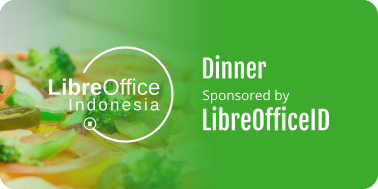